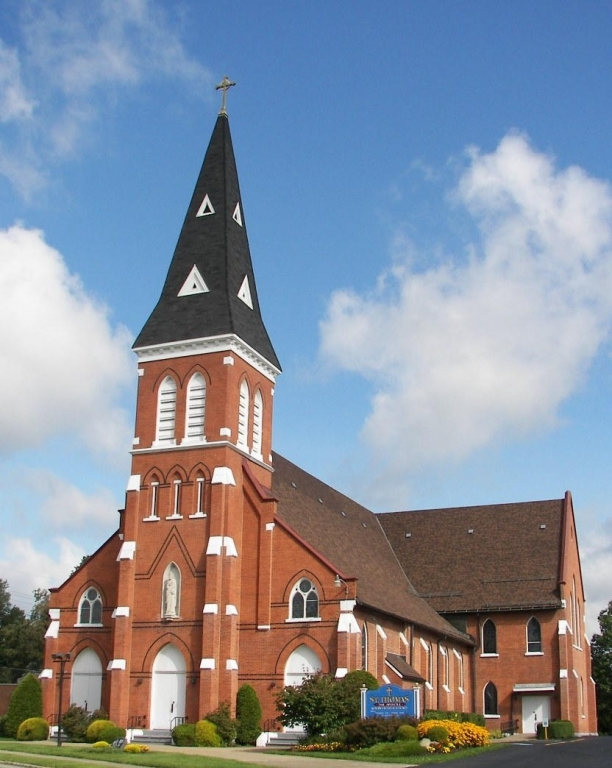 Catholics began arriving in what is now the Corry area in 1855, and so Saint Thomas the Apostle Parish was founded by the Diocese of Erie with Father Thomas Lonergan, an Irish-born priest as pastor (1855-1905), serving the immigrant population of the area by traveling on horseback.  The first Saint Thomas the Apostle Church, originally located on Fourth Avenue, was dedicated on September 7, 1862.  Due to the increasing Catholic population, Father Lonergan built the present Saint Thomas the Apostle Church on West Washington Street.  The church was finished and dedicated in December of 1885. The church went through substantial renovations over the years and was rededicated on February 18, 1996.

For many years, Saint Thomas the Apostle Church continued to grow.  The parish had a convent of religious sisters who taught in the parish school.  In addition, the parish established a mission church, Our Lady of Victory in Spartansburg, to provide for the pastoral care of the community which worshiped there.  The parish continued to provide pastoral care for the mission community in Spartansburg until the late 1980's, when the care of the mission was transferred to Saint Elizabeth Church, where it remained until Our Lady of Victory mission church was officially closed. 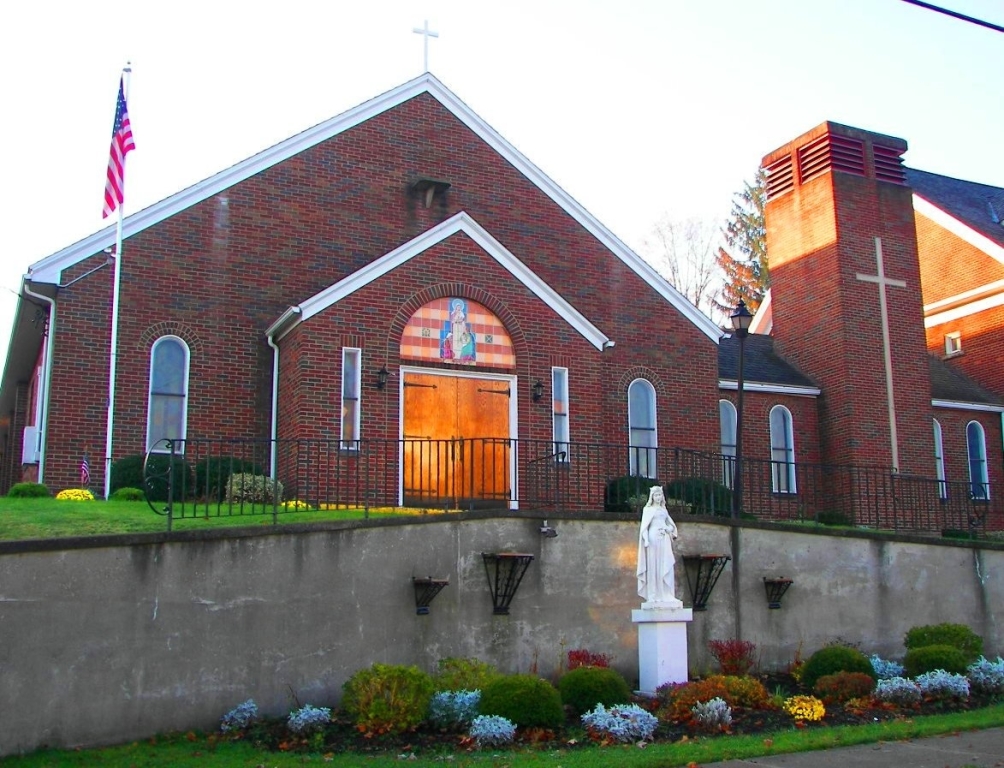 Saint Elizabeth Church was founded at the request of German immigrants, who settled in Corry.  Under the patronage of Saint Elizabeth of Hungary, the Diocese established the parish; and the church and other buildings were completed prior to a pastor being assigned.  With the work completed, Father Francis Winter (1876-1883) was the first pastor.  He officiated at the church's first Baptism on September 25, 1876.  That year the church had several Baptisms, two Confirmations, five First Communions, and one couple united in Holy Matrimony.  And so, the church flourished, growing with new families, served by new pastors, adding new buildings, a cemetery, and, in 1950, a new church building (where the current church stands).  Saint Elizabeth Church celebrated 125 years of existence in Corry in 2001.  SAINT ELIZABETH CHURCH CLOSED IN 2019, AFTER 143 YEARS IN CORRY.

In 1998, Saint Elizabeth Parish and Saint Thomas the Apostle Parish which shared the tradition of being founded by immigrant families in Corry's early days became the Corry Catholic Community under the care of one pastor, Father Joseph Finucane (1987-2000), who served the Catholic faithful of Corry.  From this point on, both parishes continued to share a pastor.

On October 30, 2019, the Bishop of Erie issued a Decree effecting the relegation of Saint Elizabeth Church (Corry) to profane but not sordid use.

A farewell Mass was held at Saint Elizabeth Church on it's patron's feast day, November 17, 2019.

To read the Decree dated October 30, 2019, please click this link: DECREE- Relegating St. Elizabeth Church to profane but not sordid use

St. Elizabeth Church and Rectory were sold and the deed transfer was recorded on February 21, 2020. 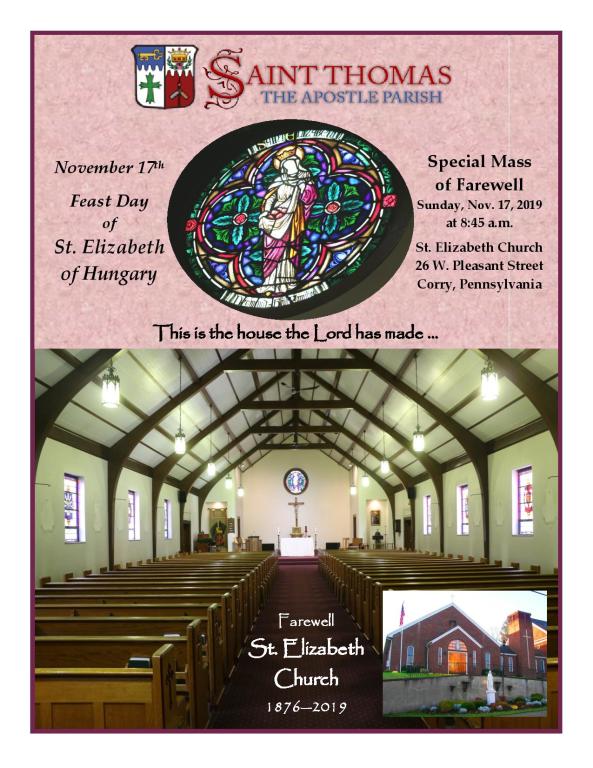